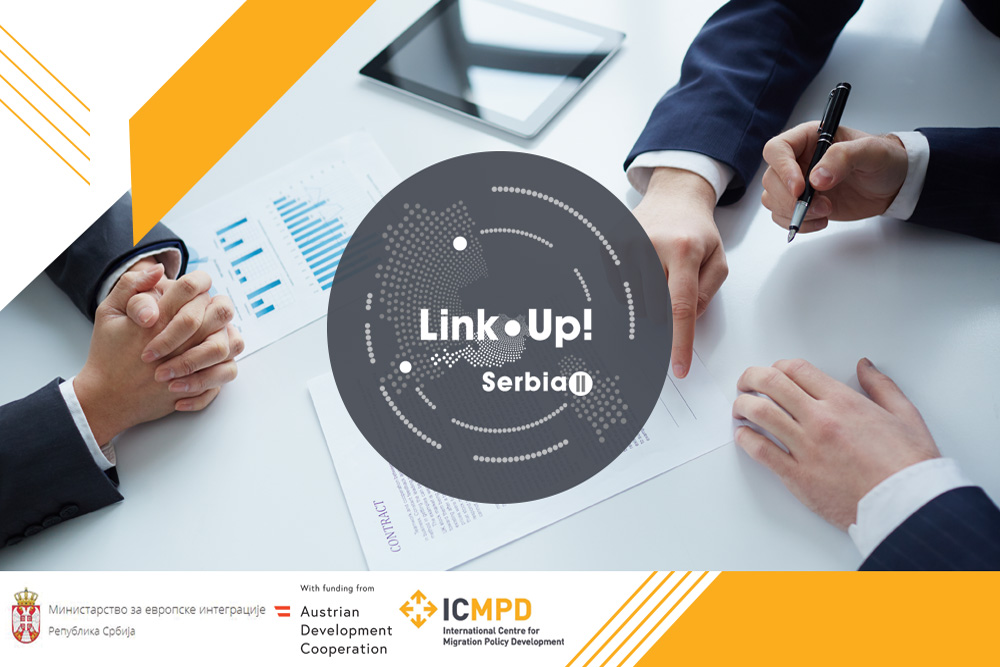 February, 2020 – The first Steering Group meeting was held during which work plan and coordination of project activities was agreed. A new team member that will become a part of future Diaspora Business Hub was hired with the aim to foster and support business cooperation of diaspora with places of origin and interest, as well as with small and medium enterprises in Serbia. Vienna has become a center for coordination with diaspora and CCIS in DACH countries (Austria, Germany, Switzerland). Meetings with representatives of the regional development agencies (RDAs) were organized. During these meetings, cooperation on the project related to technical assistance packages, which will be implemented by six regional development agencies (RDAs) in ten cities or municipalities, was confirmed. The respective package includes support of RDAs to local self-governments in the investment opportunities development and presentation of business environment for diaspora. Meetings were also held with six complementary regional chambers of commerce to define the roles in promotion of future business online platform for diaspora.

March, 2020 – A series of meetings with business associations and entrepreneurs from the diaspora were held, during which cooperation and partnerships were agreed. Active cooperation with the CCIS office in Vienna, as well as a proposal for joint missions to Austrian regions with a successful diaspora representatives were confirmed. Cooperation with the Association of Serbian Businessmen in Switzerland was also agreed in order to support organization of new business summit in Zurich.

Previous Next
Close
Test Caption
Test Description goes like this